For most of us, insurance is a necessary part of modern life. But for the rich and famous, insurance policies aren’t just for houses and cars. Many celebrities also insure their personal assets to protect their careers in the limelight. From legs and breasts to hair and smiles.

Read on to see some of the most surprising body parts that famous people have insured! 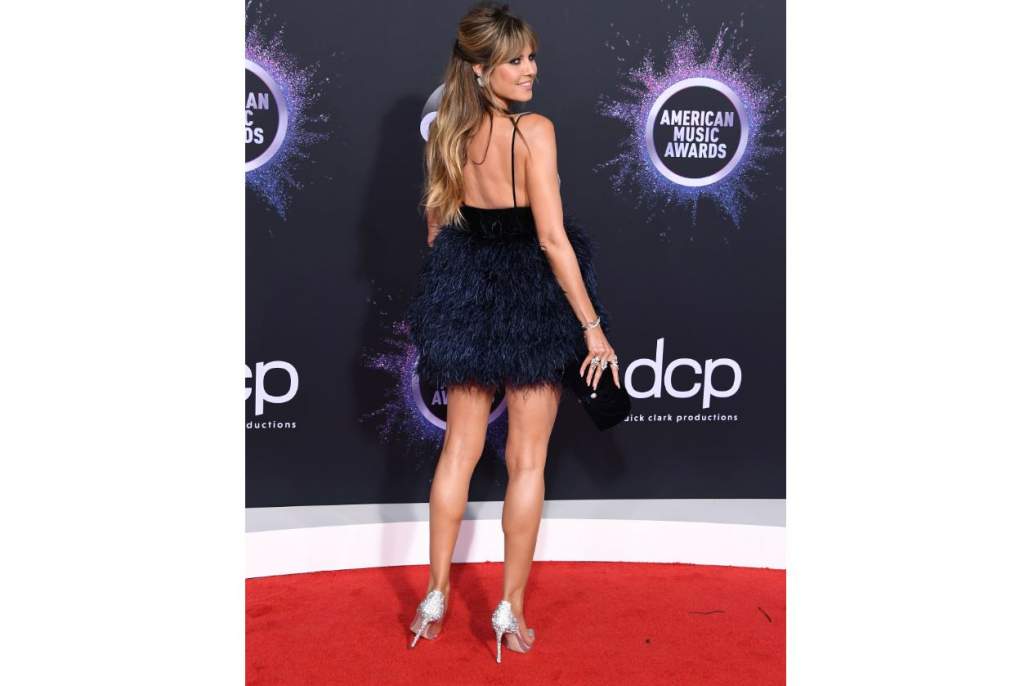 Germany supermodel Heidi Klum decided to insure both of her legs. Interestingly enough, one of her legs is ‘worth’ less than the other one. She went into detail about this random fact in an interview with Showbiz Spy:

“I didn’t personally have them insured, but a client of mine did. Basically, I was in London, and I had to go to this place where they check out your legs. They would look at them and I had one scar from when I fell on a glass, so this leg [left] isn’t as pricey as the right one.” 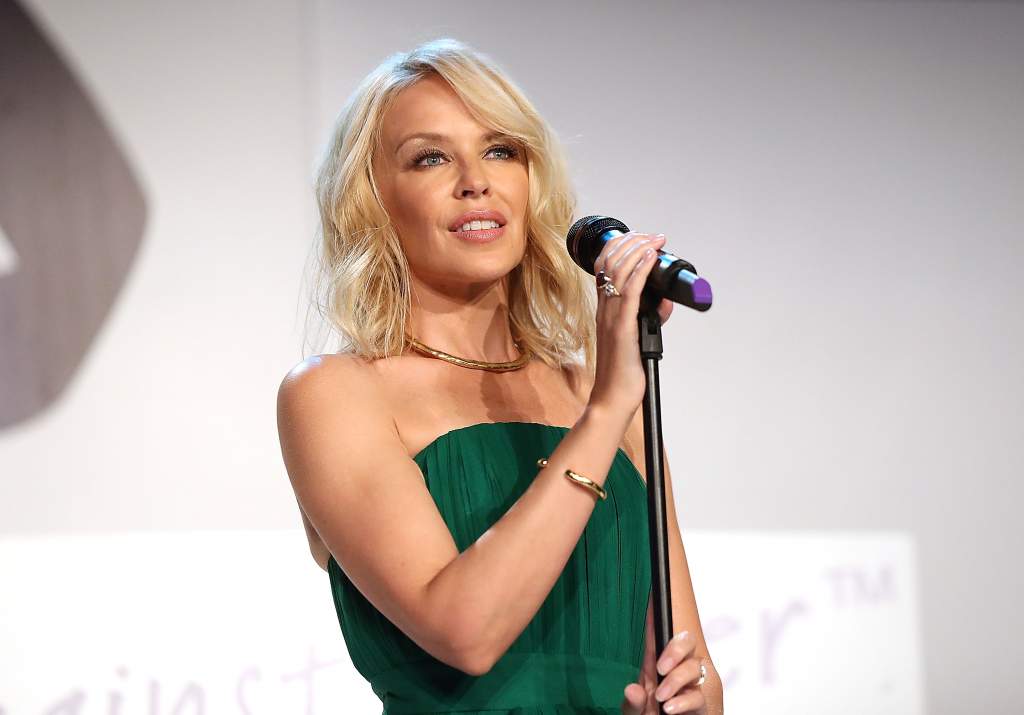 Australian performer Kylie Minogue has been wildly popular for decades. Her high-energy performances delight audiences, and her deep collection of hits has people bopping in clubs across the globe. As a dancer on stage, she values her backside quite considerably. In fact, it was insured for a whopping $5 million.

Daniel Craig is a proud actor. So proud, in fact, that he decided to do his own stunts as James Bond in Quantum of Solace. There were inherent levels of danger and risk associated with these moves. As such, Craig opted to take out a $9.5 insurance policy on his entire body. While some stars or athletes opt for a single body part.

Craig went the extra mile in wanting to protect his future on-screen endeavours. 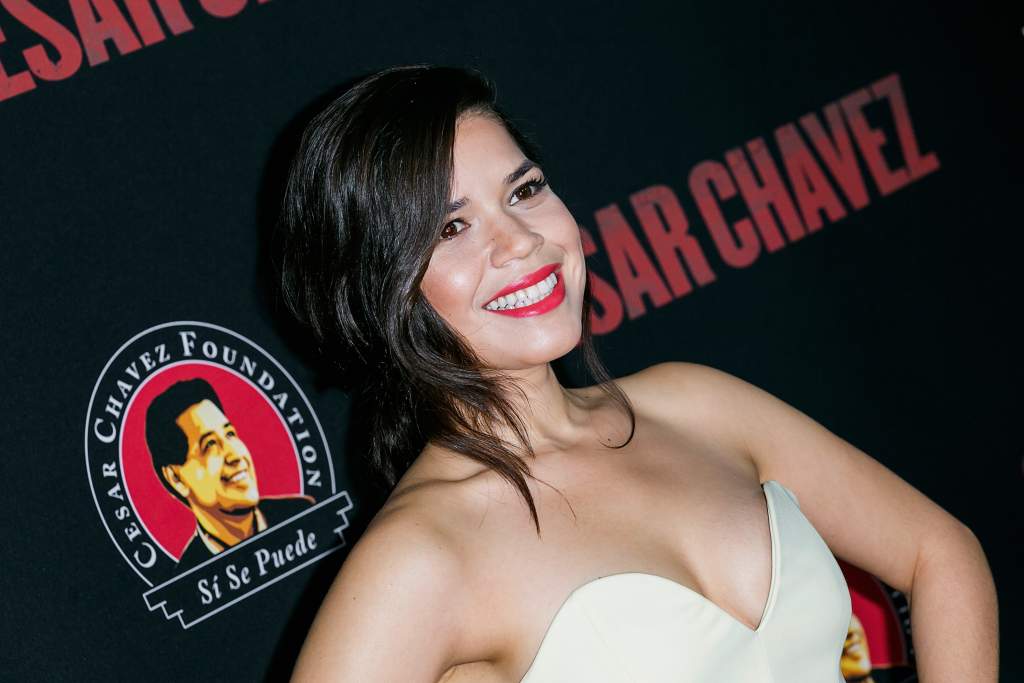 Despite starring in a television show entitled Ugly Betty, actress America Ferrera is far from grotesque. Her beaming smile made her a fan favourite on the show. Teeth-Whitening company Aquafresh noticed America and decided to make her the face of one of their campaigns. At the time, the then-23-year-old had her smile insured for a mind-boggling $10 million. Aquafresh ultimately footed the bill through British insurance firm Lloyd’s. 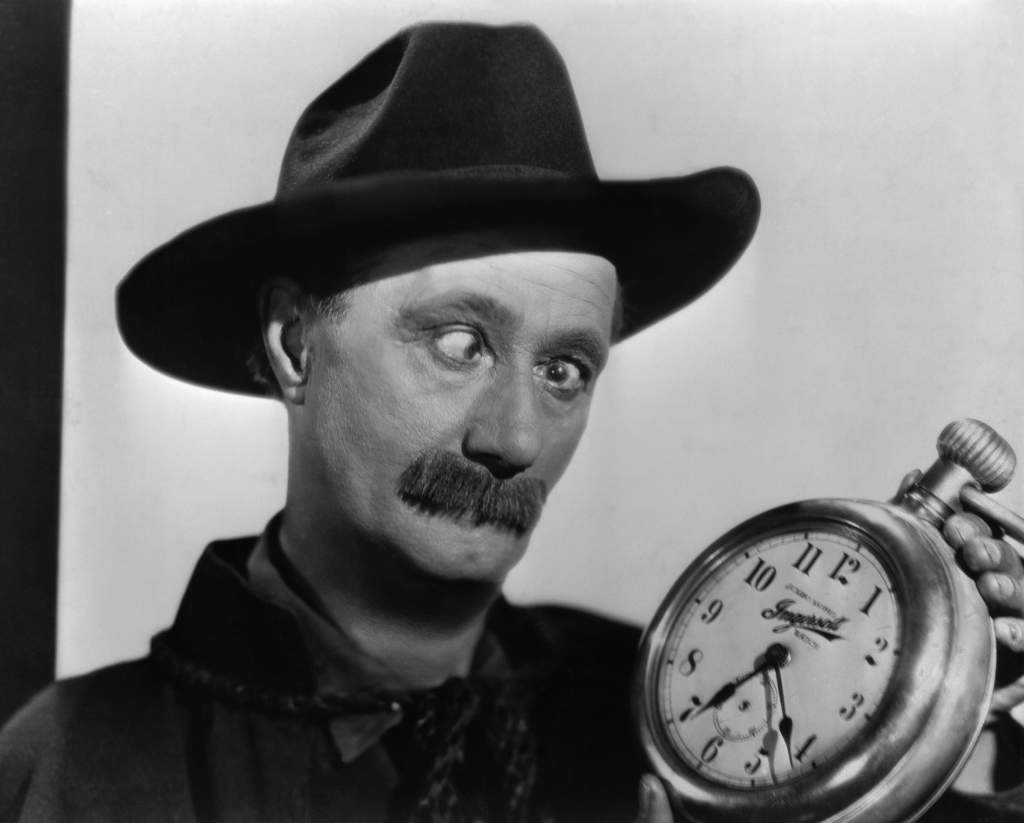 Ben Turpin was a highly popular silent film actor. Of course, he was known for his patented cross-eyed appearance. Interestingly enough, only one of his eyes actually suffered from this affliction. Nevertheless, Turpin was a pioneer when it came to physical comedy. People speculate that he was one of the first — if not the first celebrity to insure a part of their body. He insured his trademark eyes for $100,000 in the event that they ever uncrossed. 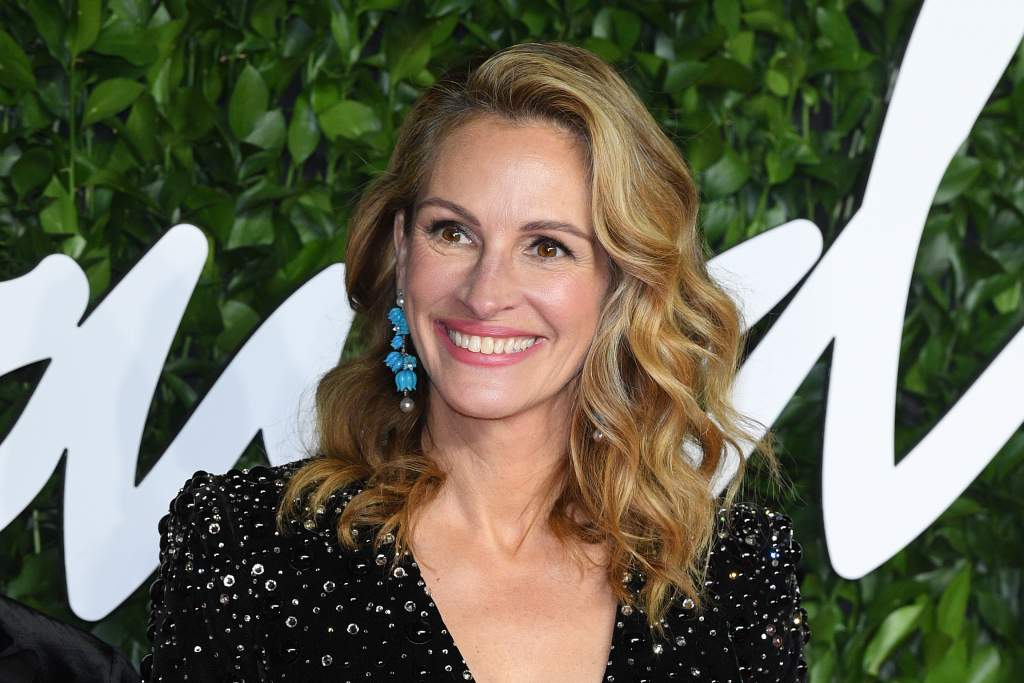 Julia Roberts is one of the biggest movie stars of the last 30 years. A completely versatile actress, Roberts has long been someone for young thespians to imitate. Aside from her innate acting ability, Roberts is widely known for her toothy smile. In order to preserve this money-making characteristic, Roberts took out an insurance policy for a shocking $30 million. There’s no word on how expensive the annual trip to the dentist costs. 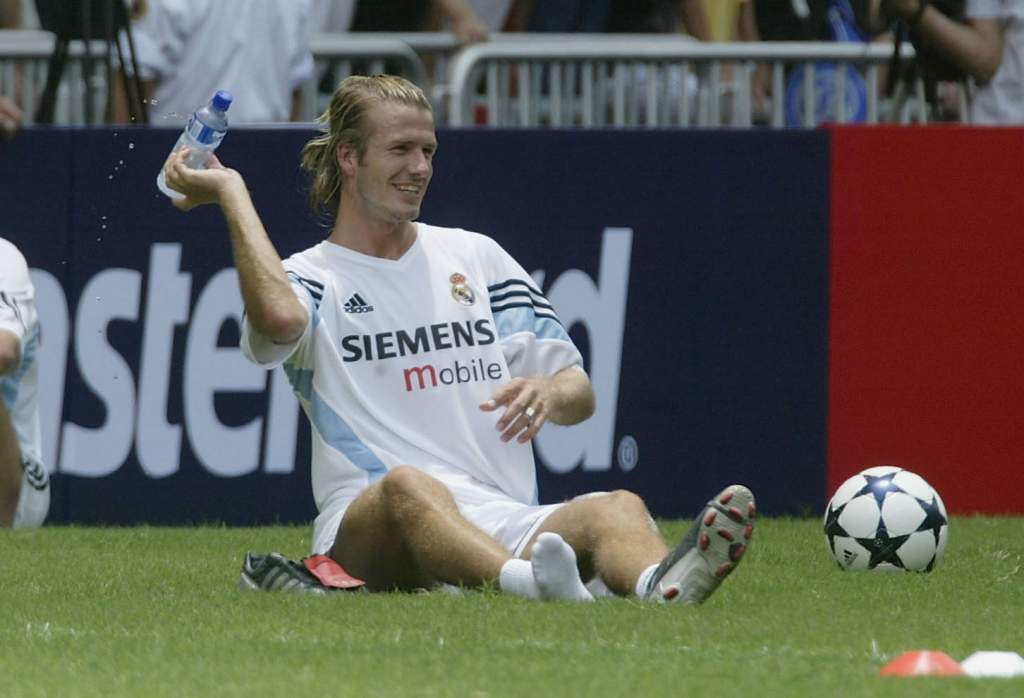 David Beckham is widely known for his high-profile marriage to Victoria ‘Posh’ Spice of the Spice Girls fame. He also happens to be an elite soccer player. In 2006, Beckham made the decision to take out an insurance policy on his legs for what amounted to be $195 million. To this day, it’s rumoured to be the largest personal insurance policy of any athlete in the history of sports.

The hard-hitting safety out of USC remains an all-time NFL great. Polamalu played the game as if his hair was on fire. Speaking of hair, one look at the Oregon native will reveal a flowing cascade of curly locks. Procter & Gamble signed Polamalu to do shampoo endorsements for Head & Shoulders. Duly, the company paid $1 million for an insurance policy on his head of hair. Polamalu will accrue the money if he loses more than 60 per cent of his hair. One stipulation included in the agreement: Polamalu isn’t allowed to climb Mount Everest. 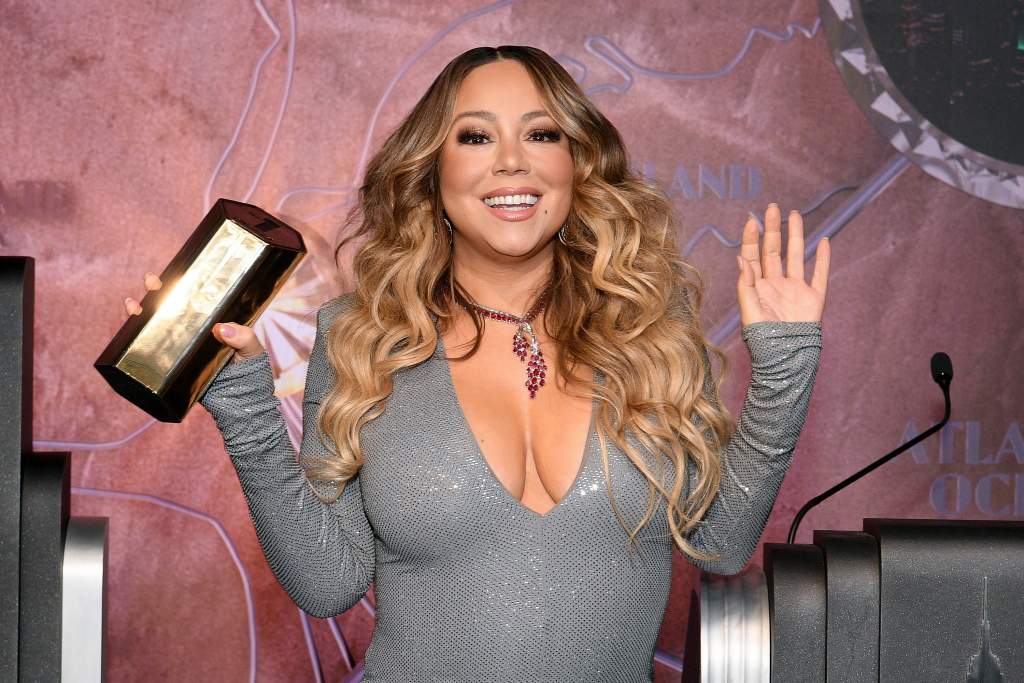 Mariah Carey is a tremendous talent. She acts, sings, dances writes, and does a myriad of things quite well. Along with this, she was also recognized as having “Celebrity Legs of a Goddess” by women’s razor brand Gillette Venus. Once bestowed this prestigious honour, Gillette allegedly insured Carey’s legs for $1 billion. No, that isn’t a typo. 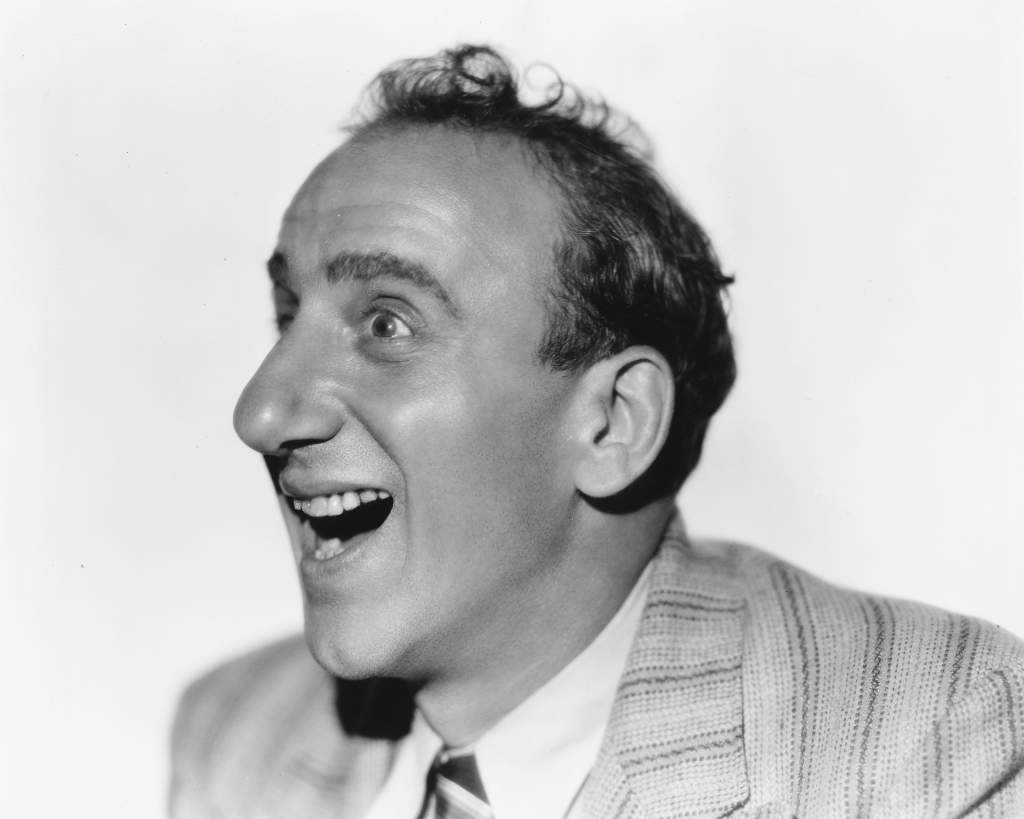 The New York native was a true showman. He was a comedian, musician, actor, and all-around talented person. Durante’s money-maker, however, was his extremely large nose. Using a combination of Yiddish (schnoz for ‘big nose’) and his own Italian heritage, many referred to him as ‘the schnozzola’. Durante made sure to keep his prized possession in pristine condition. He took out a 50k insurance policy on his nose as an adult. 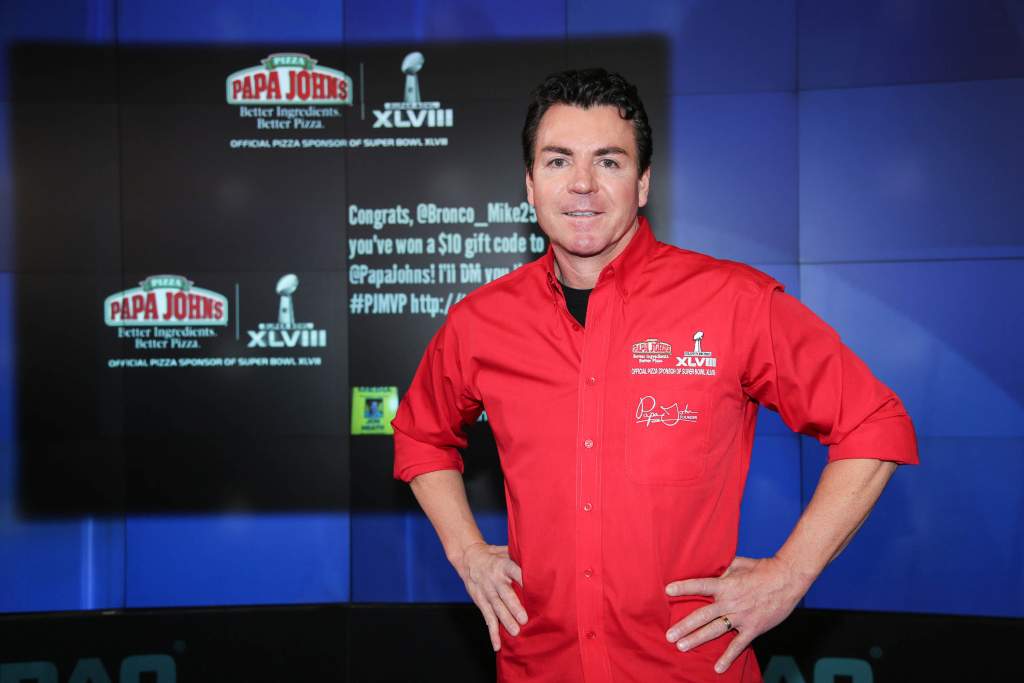 Although he’s now in the habit of eating pizza, Papa John’s founder John Schnatter created one of the world’s biggest pizza chain conglomerates. Of course, he lost all of it when captured on audio uttering a racial slur. However, it didn’t stop Schnatter from taking out a $15 million insurance policy on his hands. The mogul insists that his hands are the key ingredient for why his pizza is so successful. 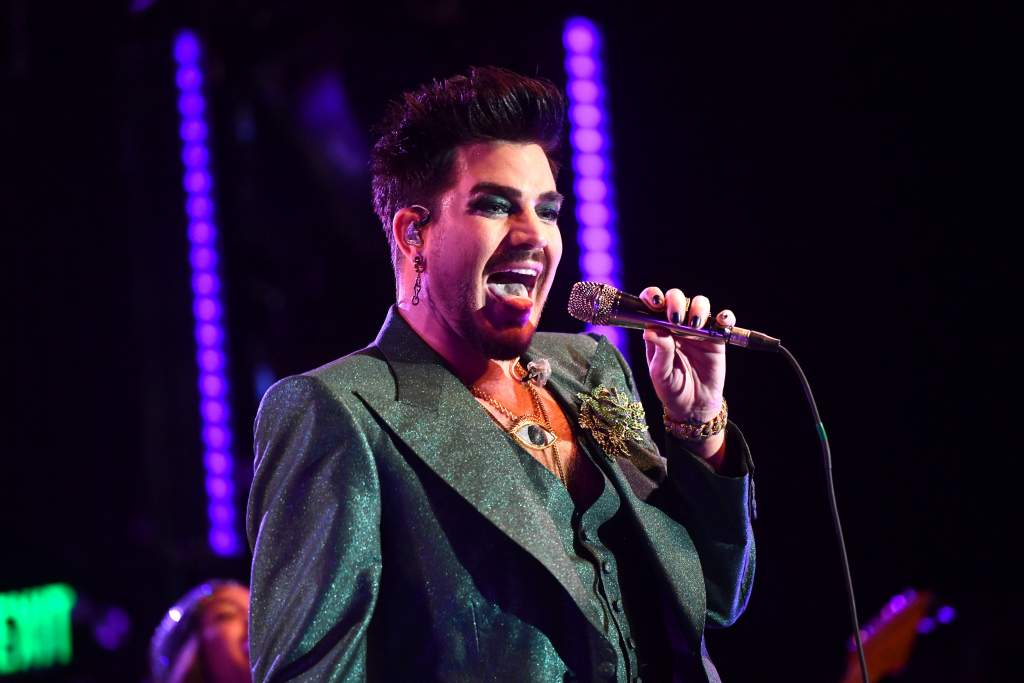 Adam Lambert has as versatile a voice as anyone does in Hollywood. Aside from filling in for iconic Queen singer Freddie Mercury, Lambert tours/performs all over the world on an annual basis. While Bruce Springsteen reportedly insured his own voice for over $42 million, Lambert one-upped Springsteen by taking out a $48 million insurance policy on his own golden pipes.

The famed singer from Tennesee sold over 200 million during the duration of her illustrious career. Aside from the Ike & Tina fame, Turner herself was a fantastic solo performer. Many of her shows were filled with energy, pace, and her patented legs rocking from side to side. In order to forever preserve her noteworthy pair of long legs, Turner insured them for $3 million. 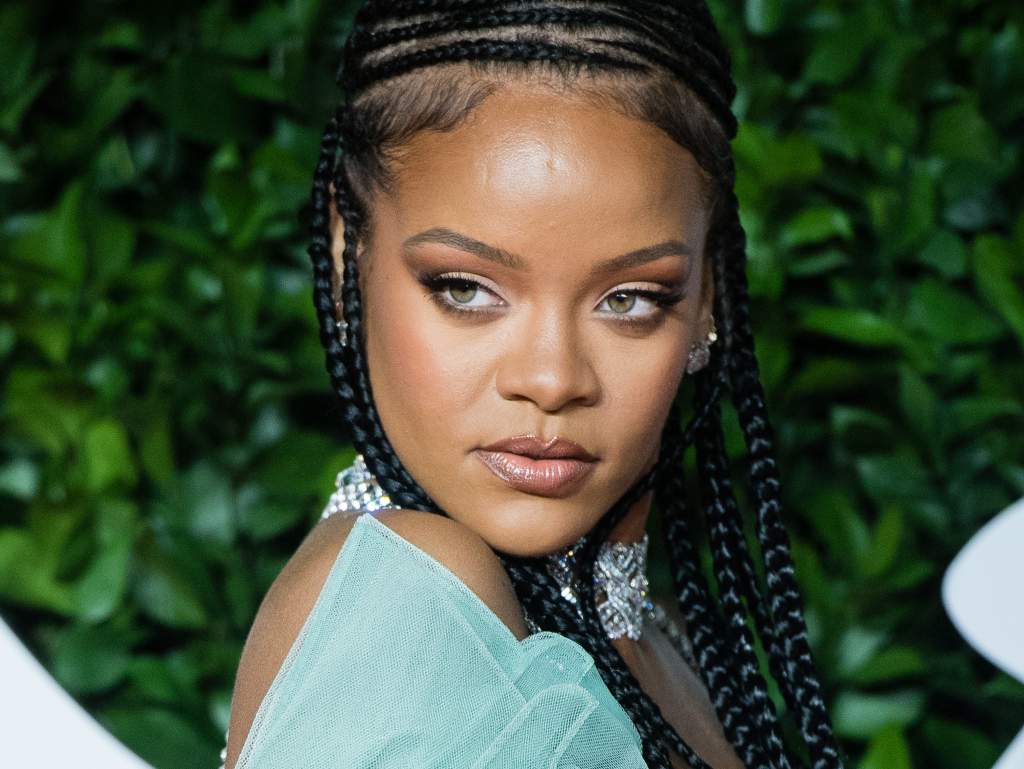 Rihanna is widely known for her stunning looks, beautiful voice, and amazing performance skills. However, she’s also gained a fair bit of notoriety from her legs. Gillette Razors dubbed Rihanna as one of their ‘Celebrity Legs of a Goddess’ figures. In the event Rihanna gets any cuts, damage, or scratches to her legs, Gillette paid to have her legs insured for $1 million. 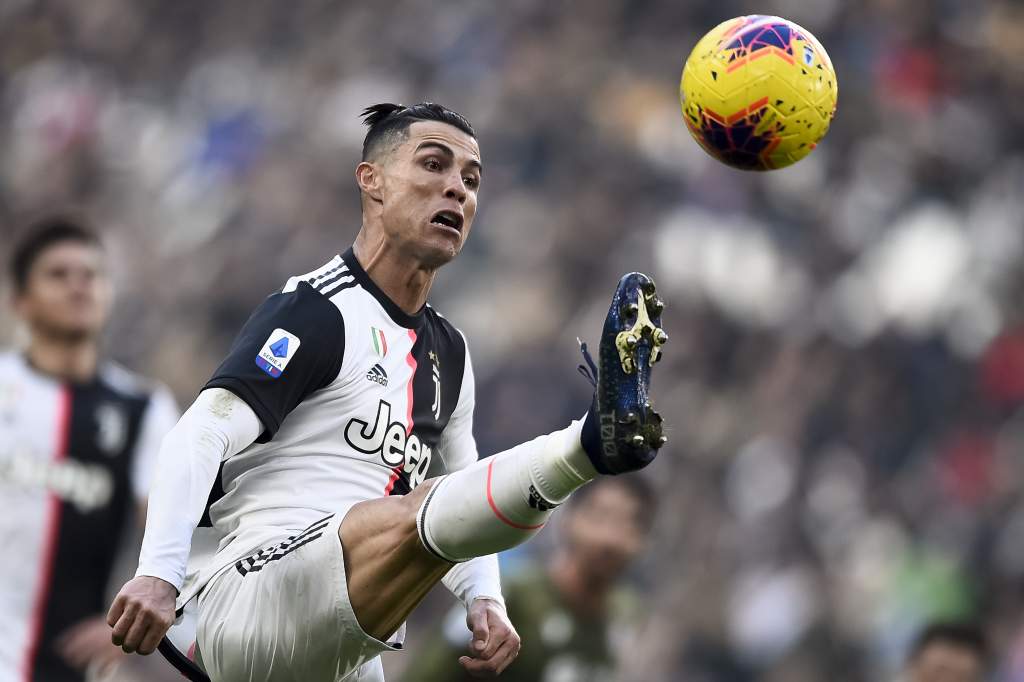 This could come as no surprise. Clearly, Cristiano Ronaldo likes to invest in himself — particularly as it pertains to his appearance. A complete mad man in the gym, Ronaldo looks as if he’s been carved out of granite. He had his legs insured for a gigantic total of $144 million. Considering he’s one of the best soccer players in the history of the sport, we’d say that it was a wise decision to protect his most precious assets. 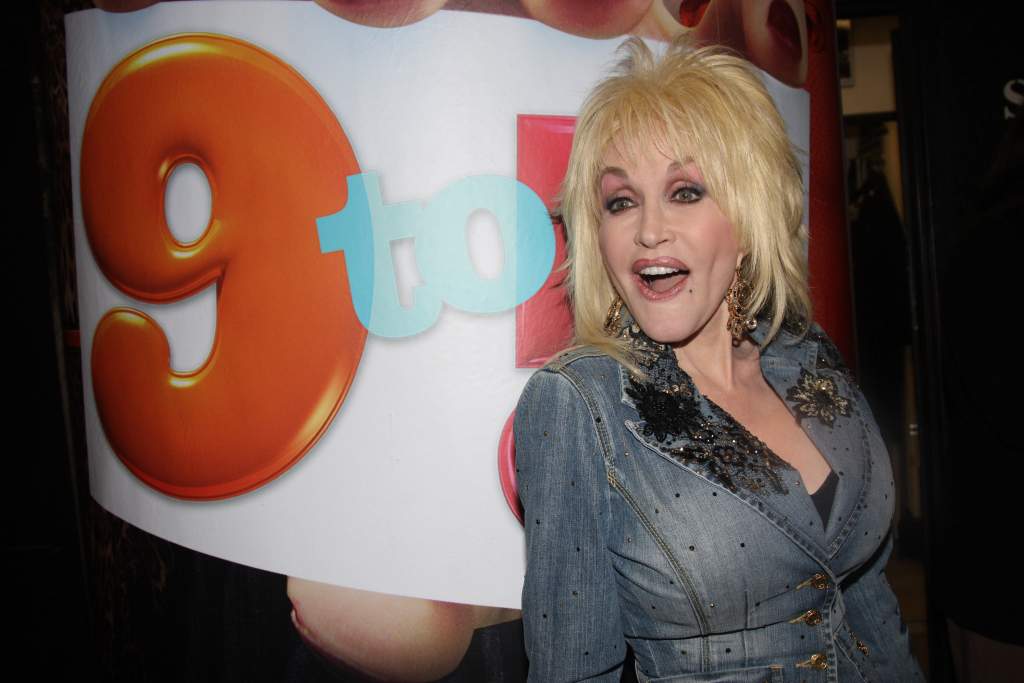 Dolly Parton is known for a number of things. Among her most noteworthy assets are her breasts. Reported to be size 40DD, Parton took the liberty of insuring each breast ($300,000 per breast/$600,000 total) during the 1970’s. If one were to calculate the cost today, we’re looking at the insurance policy costing roughly $4 million. 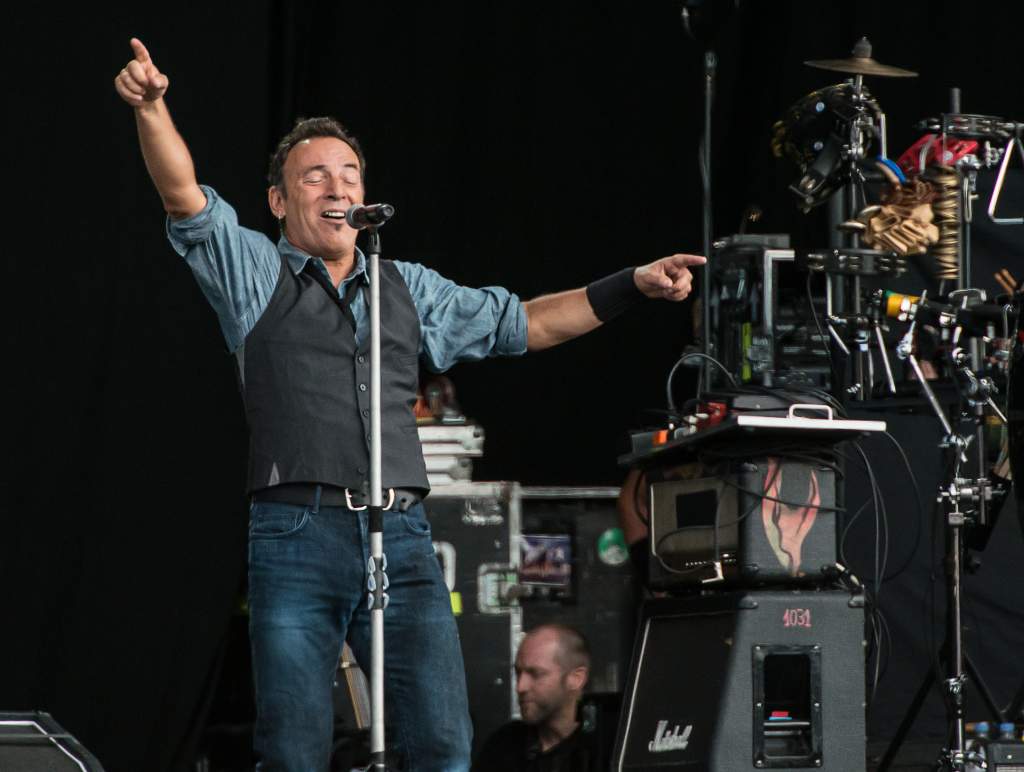 ‘The Boss’ truly is a boss in the world of rock music. Springsteen is one of those rare voices which helps in linking generations. People of all age dig his music immensely. Stylistically, his robust voice booms with absolute splendour. In 1995, Springsteen won both a Grammy and an Academy Award. After accomplishing these impressive feats, he decided to insure his voice for $6 million. Smart move, Bruce. 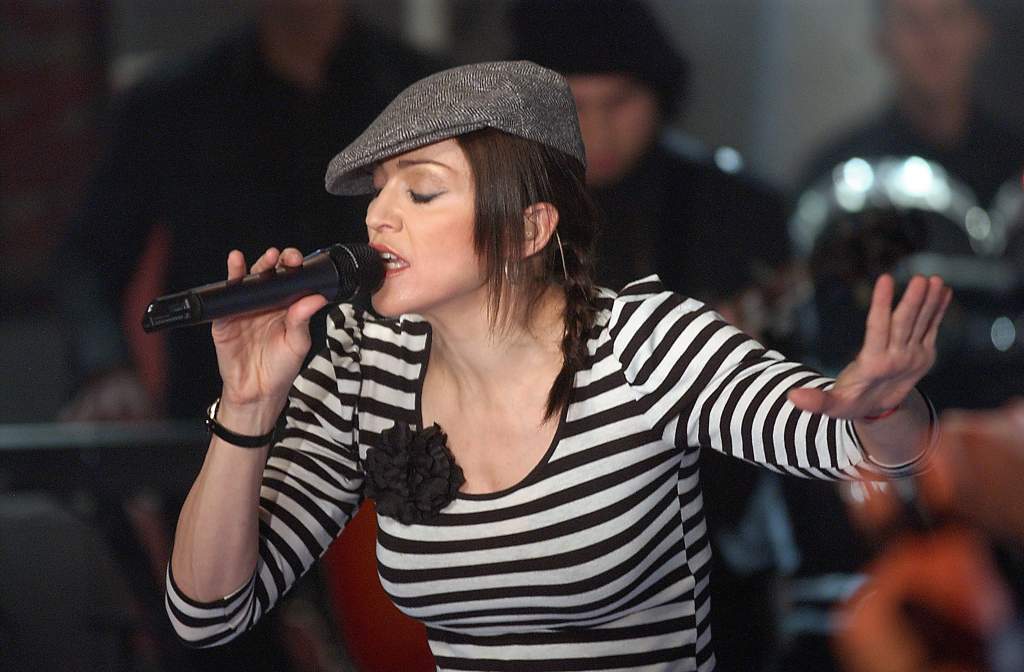 Singer, actor, philanthropist, and entrepreneur Madonna has been in the limelight for upwards of 30 years. Whether it be her fashion sense or faux English accent, she continues to be a fixture for media and tabloids alike. At one point, Madonna decided that she wanted to take out an insurance policy on her breasts. This was done allegedly due to the fact that she didn’t want anything to happen to her career if the were altered in any way. The policy totals $2 million.